It was getting close to the end of April, the blueberries were in many different stages. Some varieties were already blooming some were just budded and not open yet and others were in between. The weather forecast didn’t look good, a hard freeze was predicted for our area!

What options do farmers have to protect their fruit?

This is every fruit farmers worst nightmare! Some types of fruit you are able to cover and protect, like strawberries. They grow in rows close to the ground and are easily covered with a row cover specially made for that purpose. Blueberries on the other hand don’t have any options. Believe me if we could’ve came up with something we sure would have done it! We thought and thought and came up with lots of ideas….none of which were affordable or practical. Since the bushes are so wide and tall there isn’t any commercial row cover that would work.

So what did we end up doing?

So we resorted the the only thing we knew of…..setting fires in the patches. Late in the afternoon we set round bales of hay in various places around each patch. Then, late after dark we drove around and lit them on fire. Hoping they would generate some heat and smoke and possibly keep the cold from settling everywhere. We tended the flaming bales and moved some around throughout the night. As it got late into the night and the temperature was falling fast we knew we had done all we could….leaving the smoldering round bales of hay, we went to bed for a few hours.

Early the next morning it was the most beautiful sight when I walked out to see what it looked like:

At daybreak it was a very cold 20 degrees. The blueberries in their various stages are supposed to be able to handle temperatures ranging from 22* to 28*. Every white bloom and pink bud was covered in a layer of frost and looked so beautiful!

At this point we knew we had done what we could and all we could do was pray and watch and wait! Thankfully the blooms and fruit buds barely hurt by this and handled it very well! Today the bushes are loaded with big green berries and will be ready to start picking around the second week of June.

Thankfully, a hard freeze this late in the spring is not very common. It was on April 21, 2021. While it was a super stressful time, I can look back and say that I am glad I got to experience the beauty of this very stressful event!!

So glad your here 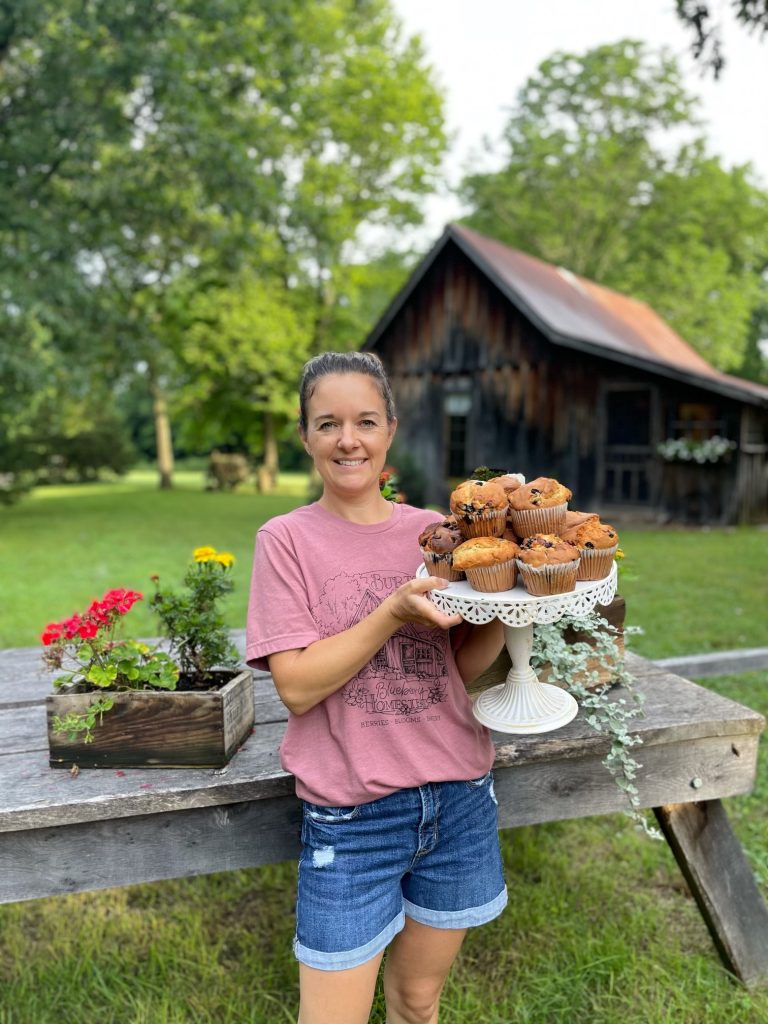 Hi! I’m Kristin, mother to 4, grandmother to 3, farmers wife, cut flower grower, homesteader. Follow along for recipes, homestead life and all things flowers and blueberries. Learn more about me here.